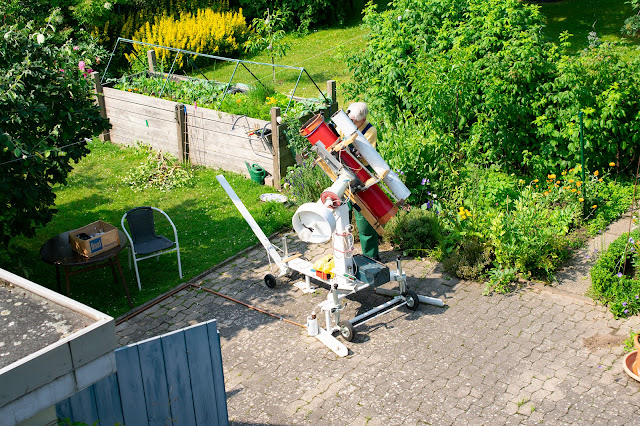 "Venus by Day - Remixes" is the first compilation of remixes and excerpts from "Venus by Day", a 1h40 musical piece produced by Amsterdam-based guitarist Raphael Vanoli, and released on French label Snow in Water Records in June 2020.
This multimedia work was initiated by Klaus, Raphaël's father, who asked his son to create music related to the images of the planet Venus filmed by day with his hand-crafted telescope. In the spring of 2020, this piece has become a rich work with the contribution of 15 musicians, all fascinated by the fact that Venus can be seen by day, as a constant, silent and benevolent presence.
All the musical material accumulated by the musicians opened up many possibilities for remixing, as many takes had to be left out for the original release. In addition, instead of giving an instruction linked to audio files, Raphael wanted the participants in this record to rely on a phrase stretched in time from the JS Bach choral "Mitten wir im Leben sind".
Here is a first step that will allow us to hear other perspectives of this multifaceted project, with the presence of Silbersee, Oene Van Geel, Raphael Vanoli, Hilary Jeffery, Lena Glucksmann-Nilsson, Valéry Poulet, Looking North and Nicolas Tourney.